Today, February 2nd is Chris Kyle Day.  Texas Governor Greg Abbott set aside the day in honor of Chris Kyle, a Navy Seal who holds the record for the most confirmed kills in American history.  This is a fitting tribute to a true American warrior.  Chris would no doubt be humbled by this, because, like any true warrior, he believed in his mission, and never sought credit or attention for himself.  After serving 4 tours in Iraq he lost his life, in Texas, trying to help a fellow veteran suffering from PTSD.

He is credited with 150 confirmed kills, all Islamic jihadis.  He put his life on the line on every one of these missions, and the number of American lives he saved by his actions will never be known.  For this, Chris Kyle has my respect and gratitude, and he is deserving of a day named in his honor. 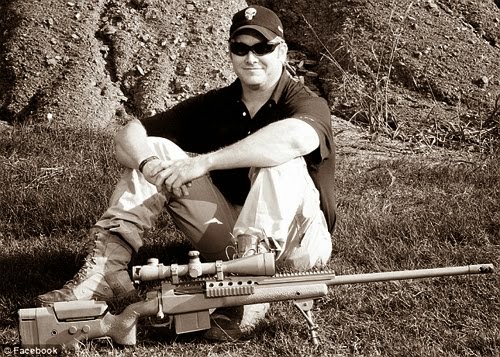 Meanwhile, Michael Moore is still waiting for someone to name a day after him.  Maybe the best he can hope for is something like a "Michael Moore Jelly Donut Eating Contest" at some county fair.
Posted by springeraz at 7:05 AM