Pearls Of Wisdom From John Kerry

John Kerry thinks terrorists only want to kill us because we know about it, and it makes us mad.  Or something.  So if everyone would just stop talking about it, they would be nice to us.  If “stupid” was an Olympic sport, nobody in the world could touch John Kerry.  He would have more gold medals than anybody in history.  And they would be the only medals he ever actually earned. 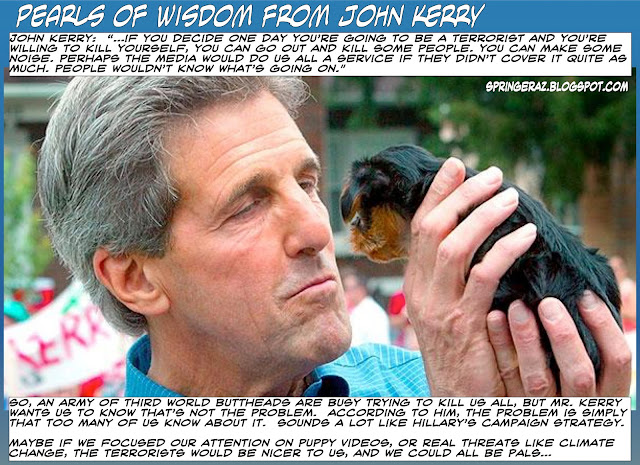 Posted by springeraz at 7:11 AM