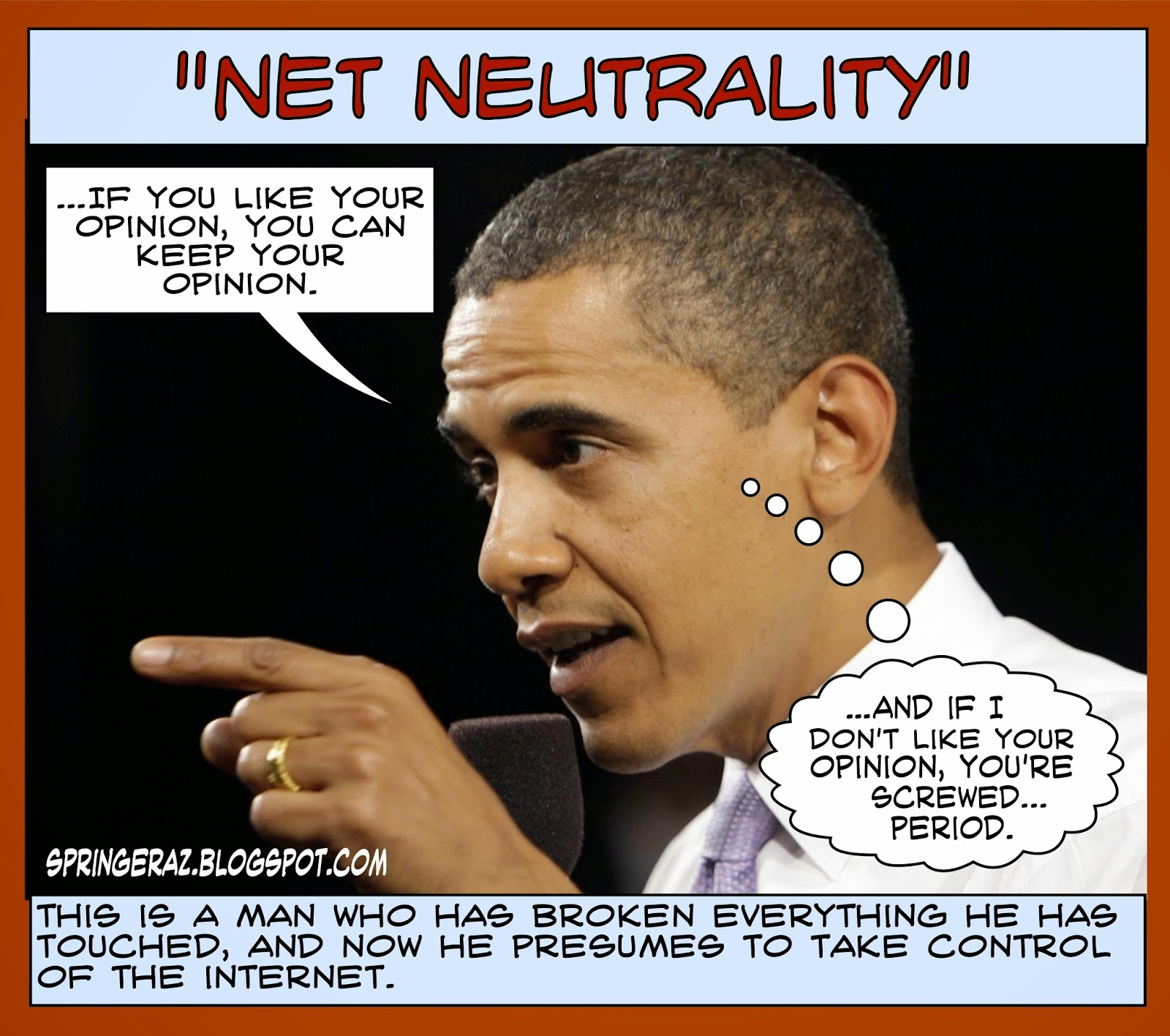 The First Amendment to the Constitution was intended to protect our right to speak openly, about anything.  That right is central to a free society.  That ended February 26, 2015.  PC, long used as a weapon by the socialist left, has always been masked as an appeal to "fairness".  But Obama has taken that control to the next level.

Any tyrant will tell you that his point of view transcends all others.  Anyone who goes against him is guilty of interfering with his self defined authority, and thereby threatens his sovereignty.

The established media was bought and paid for long ago, and now Obama, through the FCC, has devised a weapon to deal with the only remaining venue for a free exchange of ideas, the internet.

Net neutrality is "...a solution that won't work to a problem that doesn't exist using legal authority we don't have".

On Feb 26, the FCC handed Obama the authority, under the color of law, to decide what you will say and what you will not say.  They call it "Net Neutrality", a euphemism on a par with "Affordable Care".  Failing  intervention by congress or the courts, any point of view that contradicts Obama will disappear from the American conversation, per the still undisclosed regulations he signed into law on that date.

It's just a question of how long it will take.

H/T  Alan Caruba on The Absurd Report
Posted by springeraz at 6:57 AM